It's already tomorrow (December 1, 2008) in India. Mumbai is cleaning up after a terrible attack. The death toll is heading in the direction of 200. The last I heard, bodies were still being carried out of the Taj Mahal hotel.

Right now, it looks like either a group based in Pakistan, or Al Qaeda, are responsible. Maybe both.

Or, maybe neither. I'd say it's too early to tell.

I think Indian government officials could learn from what American authorities experienced, while investigating what happened in the 9/11 attack: and who was responsible.

The surviving terrorist said that he had been told to 'kill until the last breath'. (MailOnline (November 30, 2008)) Indian authorities say his name is Azam Amir Kasab, that he's 21, and from Pakistan. 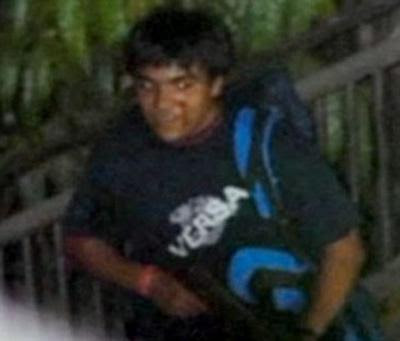 I sincerely wish that more of the ten terrorists in the Mumbai attack were still alive. Partly because I value life, partly because survivors are generally more informative than corpses.

International diplomacy is proceeding normally: India says that the terrorists came from Pakistan; Pakistan's leaders say 'we didn't do it!' And, that Pakistan may move troops from the Afghanistan border to the Indian border.

Which may be a good thing. That way, coalition forces may only have Al Qaeda, the Taliban, and local sympathizers shooting at them. Pakistani forces may or may not have been ordered to shoot Americans trying to deal with terrorists in the wrong places.

I don't blame Pakistan's leaders for being a bit touchy on the subject of providing a base of operations for whoever killed over ten dozen people in Mumbai. Between differences of opinion about whether or not Pakistani troops have been ordered to shoot American soldiers who are trying to protect Pakistan, and the odd coincidences surrounding Benazir Bhutto's assassination, I get the impression that Pakistan is somewhere between India and Somalia in terms of having a stable, competent, government.

Why Blame Pakistan or Al Qaeda?

It's not that there aren't non-Islamic terrorists.

Hindu terrorists (or activists, or whatever) tend to tear down mosques or burn people. (Remember the Babri Mosque, back in 1992?); or the missionary flambe incident in 1999?)

Forming mobs or planting bombs seems to be their style: not putting together a well-planned military operation like the Mumbai incident.

Members of India's many ethnic minorities who think that their people should have their very own little independent territory, and that it's okay to kill other people to get what they want. (India isn't the only country with terrorists within its borders. America's Timothy McVeigh wasn't the only person in the country willing to kill those don't have the 'right' ethnicity and/or beliefs.)

But India's separatists, like the National Socialist Council of Nagaland, don't seem quite up to planning and executing the recent attack on Mumbai. (The NSCN., or National Socialist Council of Nagalim (Khaplang-Kitovi), or Isak-Muivah, or KK, says it isn't a separatist movement: that the territory it wants was never part of India. I give them points for ingenuity, if nothing else.)

All of which narrows the field.

Pakistan's military or intelligence organizations might have mounted the attack: Pakistan and India both want Kashmir. Besides, Pakistan is a predominantly Muslim country, India is predominantly Hindu: It's easy to assume that Pakistan's government is behind the attack.

But the attack is very much Al Qaeda's style: It's quite easy to assume that Al Qaeda is responsible.

It may not be Al Qaeda, though. The one surviving terrorist says that he's with Lashkar e Taiba, or LeT.

LeT is a group that operates in Pakistan. And, as is often the case, has a name that's spelled quite a few different ways in English: Just to make things more interesting, Lashkar e Taiba is also called No matter how it's spelled, or what it's called, the group is trouble. This "Army of the Pure and Righteous" is on the American State Department's list of terrorist organizations; is supported by Al Qaeda; gets money from Pakistani communities in the United Kingdom and the Persian Gulf region, and from Islamic Non-Governmental Organizations (NGOs). It's been banned in Pakistan since 2002.

But, since LeT's goal is to kick India out of Kashmir, there's the suspicion that Pakistan's government, that wants Kashmir, pretends it doesn't notice LeT installations in Pakistan.

Unlike Al Qaeda, LeT tends to use heavy infantry, not suicide bombers.

Since the attack on Mumbai was essentially an infantry operation, and since there don't seem to be reports of beheadings, this looks like it might not be an Al Qaeda operation. And, that it might be something Lashkar e Taiba planned.

And, the survivor says that he and the others were trained by LeT. Of course, he could be lying.

Even if Lashkar e Taiba is responsible for the attacks, that doesn't mean that Pakistan's current government - the one that got elected after Bhuto was assassinated - is behind the Mumbai massacre. LeT probably is supported by, or politely ignored by, the ISI, but the civilian government doesn't control the ISI, and neither does Pakistan's military. "The ISI has become a state within a state, answerable neither to the leadership of the army, nor to the President or the Prime Minister." (globalsecurity.org) Sounds like the ISI is like the die-hard American liberal's view of the CIA.

Mumbai and 9/11: Something to be Learned

It could be that 'the usual suspects' are behind the latest Mumbai attack. Or, some group other than Lashkar e Taiba or Al Qaeda may be to blame.

It's too early to tell.

The last I heard, Indian authorities were still taking bodies out of the Taj Mahal hotel. The last terrorists were killed this weekend. It looks like this attack took a year to plan: it will probably take a few days, at least, to put all the pieces together.

Let's remember the 9/11 attack, and the days following it. Apparently, though, the Saudi government didn't have anything to do with the 9/11 attack. Although, considering the antics of Saudi clerics - some of them in official positions - it's still easy enough to imagine Saudi involvement.

But, imagination and reality aren't the same thing.

If the two governments tried seriously to track down the sale of sophisticated weaponry and all the devious middle men it encounters we might get somewhere. Who sold them these arms? The countries that produce and sell these arms must be penalised. This is a part of the story that remains the hidden part of the iceberg because of various vested interests all over the world.

Good point. Although I'd add 'really complicated ownership' to "vested interests." In a world where companies own trusts that own companies, the basically sound idea of tracing who benefits gets, well, complicated.

Everything Planned by Hindu Extremists. There are several loop holes in the story. The most impossible thing is to travel by sea. If you want to see the loop holes see my blog and a link in that blog.

At this time, it looks like LeT planned and executed the Mumbai attack. I think it's very debatable whether Pakistan's civilian government had much to do with it, though, and the 'Hindu extremists' scenario doesn't seem to have much evidence behind it.

Quite a bit of the relevant information came out after you posted your comment.

yeah this is raheel and i am agree that the article is really have the strong content and this is just all about propaganda.