That, I think, is an example of the high level of professionalism in the United States military.

Commander Dave Koss had been leading the team since November - but after flying below altitude at a recent appearance, he decided to step down from his position.

That failure to stay within limits set for the mission shouldn't have happened, obviously. What impressed me was Commander Koss accepting responsibility, and letting someone else take over.

It's Memorial Day weekend. For many Americans this is the unofficial start of summer: a three-day holiday that gives folks a chance to get out to the lakes, grill burgers, or just sit on the stoop and relax.

I've grilled burgers, and plan to relax on the stoop later this afternoon. It's a beautiful, warm, sunny day here in central Minnesota.

Before I do that, though, I've got two words for everyone who serves and has served in the American armed forces. Particularly those who never came home: 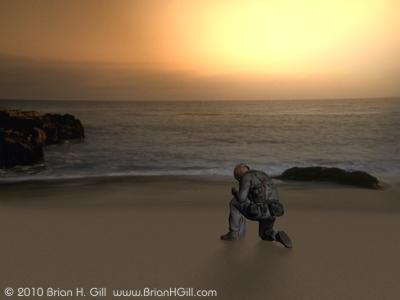